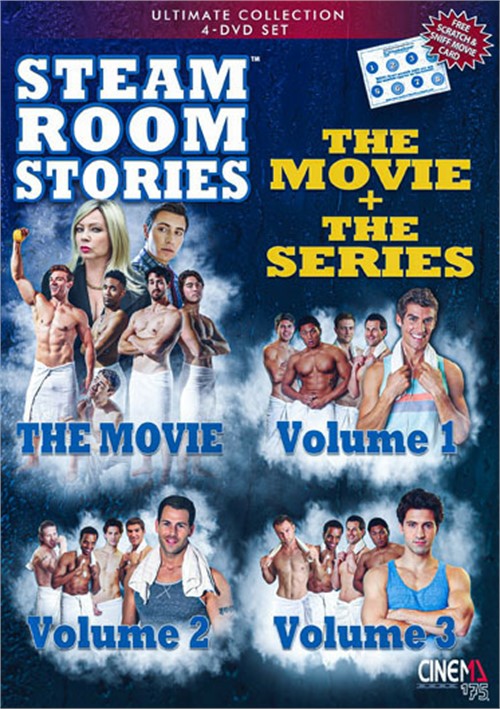 Grab a towel and join the fun. This steamy sketch comedy show features over one dozen of the sexiest studs you'll ever meet in a steam room. A hugely popular goliath online, Steam Room Stories attracted male and female fans of every orientation and age from all over the globe. It was so successful, in fact, that is spawned a feature film! From the director of eCupid, The 10-Year Plan and Is It Just Me?, Steam Room Stories: The Movie follows failing cosmetics magnate Sally Fay (Traci Lords), who will stop at nothing to possess the waters of our favorite steam room to help lift her sagging empire. What she doesn't count on is the Steam Room Guys banding together to thwart her evil plans.

Every episode of the beloved series - plus the movie - are included in this new, must-own collection.