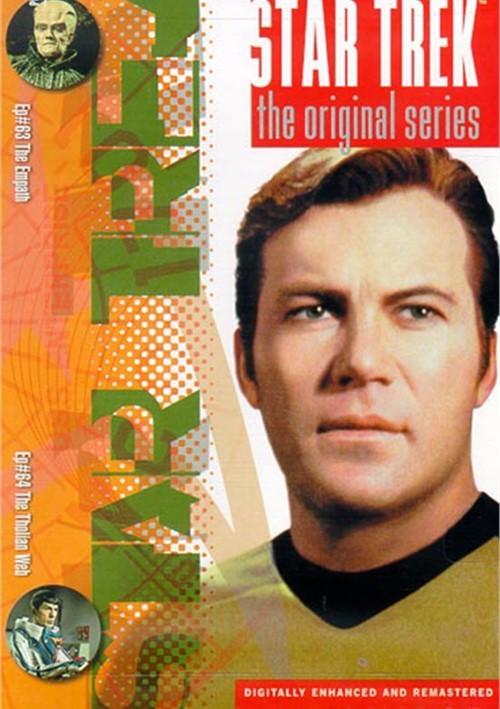 While searching for missing Federation researchers, Kirk, Spock and McCoy are captured by Vians - aliens who plan to use them for research. Materializing in an unknown location, our trio meets Gem, a mute woman and "empath" who cures injuries by absorbing the pain of others. After a demonstration of her abilities on Kirk and McCoy, the Vians give her a test: her planet will be saved if she gives her life to save Dr. McCoy.

Kirk, Spock and McCoy beam aboard the U.S.S. Defiant, adrift in space, and find that her entire crew is dead, the Defiant is caught in an interphase between alternate universes, and although Spock and McCoy beams back safely, Kirk becomes trapped between dimensions! Then aliens called Tholians accuse the U.S.S. Enterprise? of trespassing into their space and begin weaving an incredible energy web around the starship. Will Spock be able to save the U.S.S. Enterprise? and rescue Kirk from this deadly web?