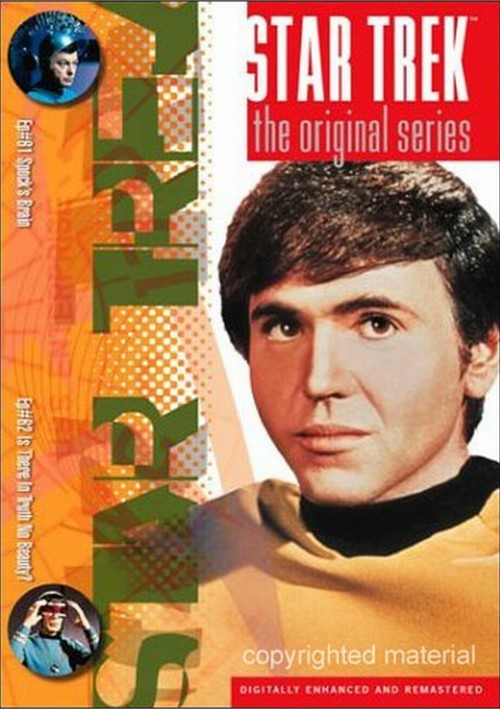 A mysterious woman materializes aboard the U.S.S. Enterprise? and renders the entire crew unconscious. Upon awakening, they discover the woman has disappeared - along with Mr. Spock's brain! McCoy is able to keep Spock's body alive while Kirk and the crew follow the woman's trail to her homeplanet. There, they find Spock's brain serving as a control center for the planet's power system. Will they be able to recapture Spock's brain and reunite it with his body? If not, Spock will surely die!

The U.S.S. Enterprise? beams aboard three passengers on a peaceful mission: telepath Dr. Miranda Jones, scientist Lawrence Marvick, and Medusan ambassador Kollos, a non-corporeal being concealed in a container because his appearance can drive humans insane. Marvick is jealous of Jones' telepathic relationship with the Medusan, and plots Kollos' murder. But he accidentally sees Kollos, goes mad, and hijacks the U.S.S. Enterprise!