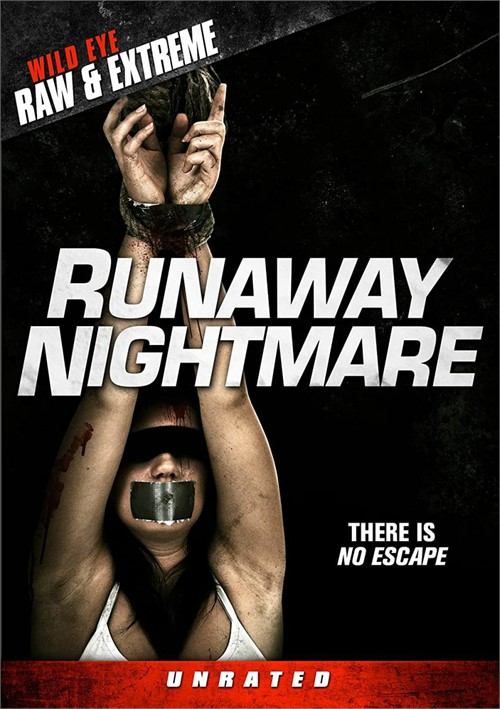 After discovering a woman buried alive, two Death Valley worm farmers are kidnapped by an all-female cult of drug runners who, after making the men into their sex slaves, f-rce them to assist in a plan to steal a suitcase full of platinum from the mafia. Combining black comedy with elements of horror, action, thriller, and surrealist cinema, director/writer/producer/editor/star Mike Cartel's (Pets, Bitter Heritage) RUNAWAY NIGHTMARE stands as one of the most fiercely unique works of outsider/cult cinema to emerge from the 1970s and 80s.