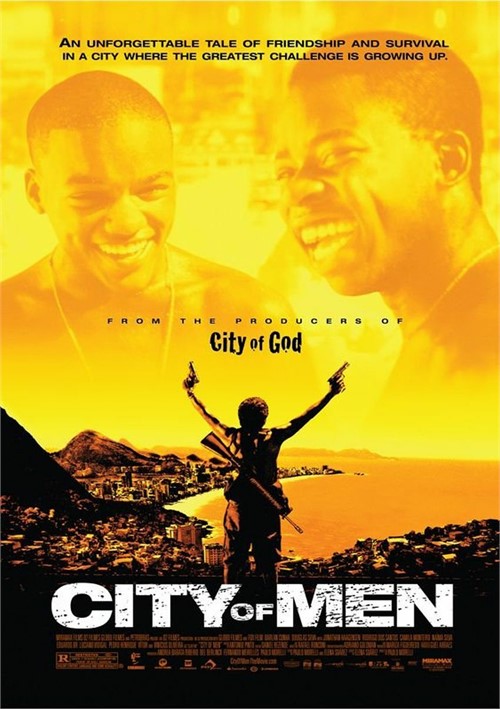 In this long-awaited follow-up to his Academy Award-nominated film CITY OF GOD, producer Fernando Meirelles returns to the Brazilian favelas to tell an inspiring tale of friendship and family on the gritty streets of Rio de Janiero. Growing up in a culture dictated by violence and run by street gangs, teenagers Acerola (Douglas Silva) and Laranjinha (Darlan Cunha) have become close as brothers. With their eighteenth birthdays fast approaching, Laranjinha sets out to find the father he never met, while Acerola struggles to raise his own young son. But when they suddenly find themselves on opposite sides of a gang war, the lifelong friends are f-rced to confront a shocking secret from their shard past. Featuring stunning cinematography and a fascinating behind-the-scenes bonus feature, CITY OF MEN is an even greater experience on DVD.

Reviews for "City of Men"