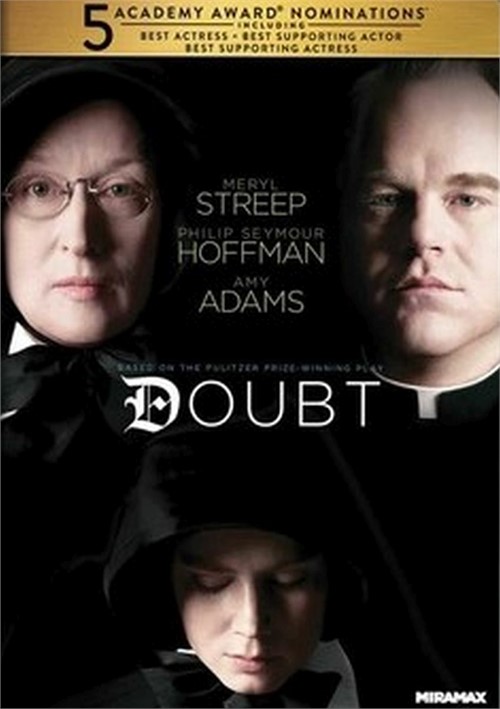 Set in 1964 at St. Nicholas Church in the Bronx, Fr. Brendan Flynns (Philip Seymour Hoffman) progressive views and charismatic presence have won him the respect and admiration of the congregation. At the parish school, principal Sister Aloysius Beauvier (Meryl Streep) keeps her students in line with old-fashioned fear and intimidation. When young Sister James (Amy Adams) shares with Sister Aloysius her concern that that Father Flynn has "taken an interest" in twelve-year-old Donald Miller (Joseph Foster), the school's "first Negro student," the older nun launches her own investigation.

Determined to protect every one of her charges, Sister Aloysius attempts to use the evidence she discovers to have Flynn removed from the school. John Patrick Shanleys finely shaded script takes audiences through a spectrum of truth, emotion and belief, and asks if any decision is ever free from doubt.