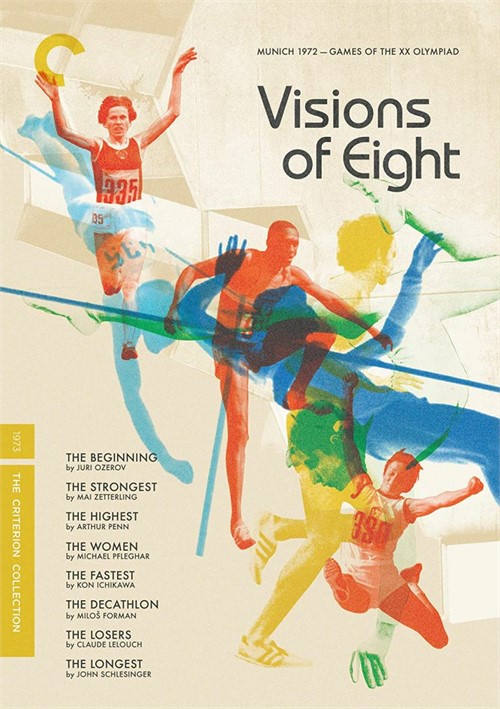 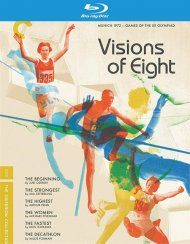 In Munich in 1972, eight renowned filmmakers each brought their singular artistry to the spectacle of the Olympic Gamesthe joy and pain of competition, the kinetic thrill of bodies in motion for an aesthetically adventurous sports film unlike any other. Made to document the Olympic Summer Gamesan event that was ultimately overshadowed by the tragedy of a terrorist attackVisions of Eight features contributions from Milo Forman, Kon Ichikawa, Claude Lelouch, Juri Ozerov, Arthur Penn, Michael Pfleghar, John Schlesinger, and Mai Zetterling, each given carte blanche to create a short focusing on any aspect of the Games that captured his or her imagination. The resulting filmsranging from the arresting abstraction of Penns pure cinema study of pole-vaulters to the playful irreverence of Formans musical take on the decathlon to Schlesingers haunting portrait of the single-minded solitude of a marathon runnerare triumphs of personal, poetic vision applied to one of the pinnacles of human achievement.

Review "Visions of Eight (The Criterio"

Reviews for "Visions of Eight (The Criterio"