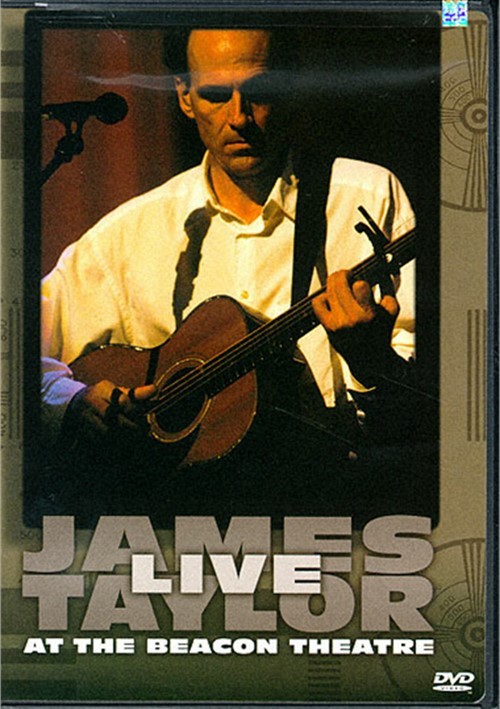 On May 30, 1998, James Taylor and his band took the stage at New York's Beacon Theater for an extraordinary concert of greatest hits, personal favorites and live surprises. The magical evening became the first-ever concert to be broadcast live nationwide on the PBS network. This DVD edition contains 25 full-length James Taylor performances, including three not originally seen on the broadcast, complete with on-stage warmth and wit that have made James Taylor one of the world's most beloved entertainers for more than three decades. Also includes promotional videos and behind-the-scenes interviews, plus a complete James Taylor discography.

You Can Close Your Eyes

Only a Dream in Rio

Don't Let Me Be Lonely Tonight

Jump Up Behind Me

How Sweet It Is

Me and My Guitar

(I've Got to) Stop Thinkin' 'Bout That

You've Got a Friend

Little More Time With You

Up on the Roof

Reviews for "James Taylor: Live At The Beac"