From Dusk Till Dawn Collection 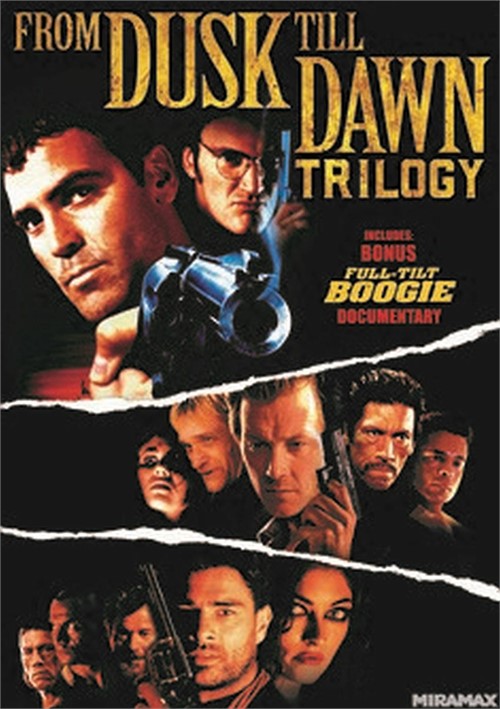 From Dusk Till Dawn Collection

Outrageous horror-action outing, courtesy of director Robert Rodriguez ("Desperado") and screenwriter Quentin Tarantino, stars George Clooney and Tarantino as the unbalanced Gecko brothers on a Southwest crime spree, who take a preacher (Harvey Keitel) and his children hostage. Their odyssey becomes a fight for survival when the sleazy Mexican roadside bar they stop in turns out to be a hangout for vampires.

This revealing, behind-the-scenes look at the production of the 1996 cult horror-thriller "From Dusk Till Dawn" follows the films 10-week shoot in the middle of the California desert.

Its more gunplay and bloodsucking in this action-packed sequel to the cult hit thriller, as the partners of the bankrobbing Gecko brothers come looking for them south of the border and get mixed up with a brood of bloodthirsty vampires.

The third entry in the popular horror series is a prequel set in the war-torn Mexican frontier of the early 1900s. American writer Ambrose Bierce and a group of stagecoach passengers get mixed up with bandits, a sadistic hangman and his rebellious child, and a tavern with an unusual nighttime clientele.

Review "From Dusk Till Dawn Collection"

Reviews for "From Dusk Till Dawn Collection"