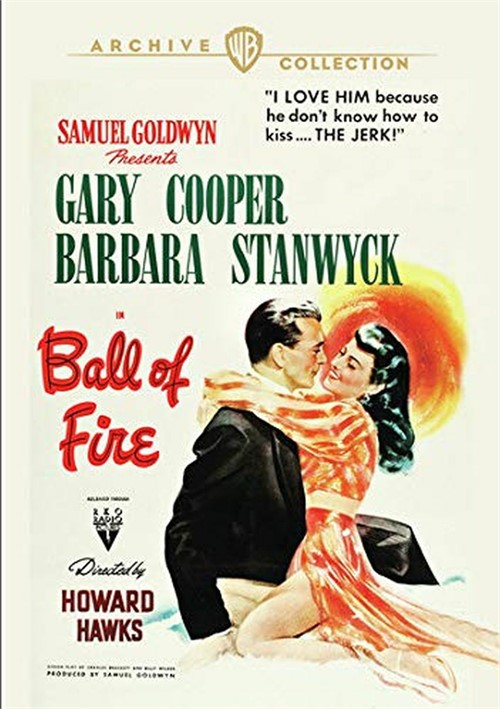 Gary Cooper and Barbara Stanwyck headline this scintillating romantic comedy classic (Los Angeles Times) from master director Howard Hawks and esteemed writers Charles Brackett and Billy Wilder! Nominated for four Oscars, this fast-paced, lighthearted entertainment about eight stuffy professors and a sexy singer on the lam from the mob is a pure delight (The Hollywood Reporter)! Once upon a time, a band of scholars set out to write a new encyclopedia. By their ninth year, the grumpy grammarian of the group, Bertram Potts (Cooper), is up to S for slang. In order to brush up on modern lingo, the professor decides to attend a bawdy nightclub, where he meets Sugarpuss OShea (Stanwyck), a burlesque queen who spices up his language and steals his heart. But Bertram soon discovers he is not the only one in hot pursuit of Sugarpuss...and now he and his gang of professors must outwit the mob(!)...or she might not live to see happily ever after!

Reviews for "Ball of Fire"