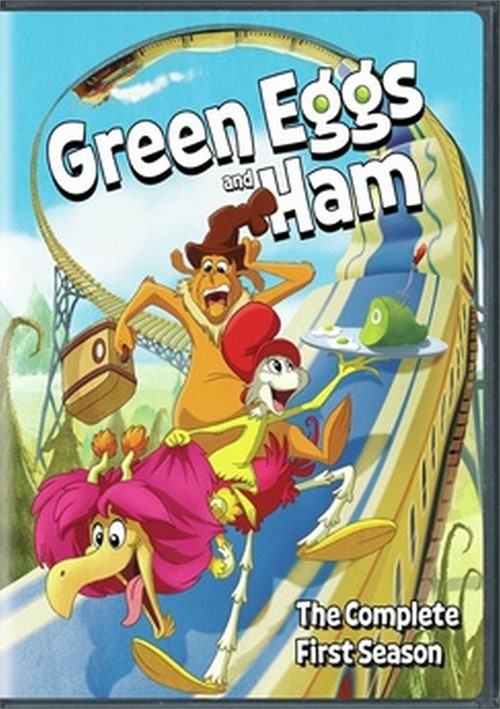 A chance meeting at a diner, and a switch-up with the briefcases, results in these two unlikely companions getting mixed up on an adventure that takes them on a journey of self-discovery. The two mismatched souls cross paths with the overprotective Michellee (DIANE KEATON), whose daughter, EB (ILANA GLAZER) desperately wants a pet, and falls in love with the Chickeraffe... despite her mother's fears that it will eat off her face (it won't). As Michellee's walled-up heart connects with the heart-hardened Guy, a laborious love story begins. With the foursome also unknowingly pursued by a bounty-hunter Goat (JOHN TURTURRO), two bad guys, McWinkle (JEFFREY WRIGHT) and Gluntz (JILLIAN BELL) and Snerz (EDDIE IZZARD) a tiny, evil overlord who's out to get the Chickeraffe as his ultimate trophy, they set out on a cross-country road trip, learning to try new things along the way - like hope, friendship...and a certain delectable dish!

Reviews for "Green Eggs and Ham: The Comple"