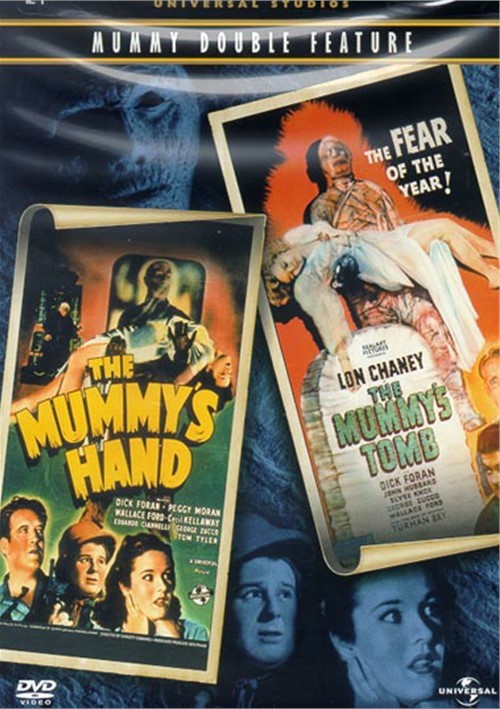 In this acclaimed follow-up to the popular original, an expedition of American archaeologists, headed by Steve Banning (Dick Foran) and Baby Jenson (Wallace Ford), travels to Egypt in search of the undiscovered tomb of the Princess Ananka. There they soon discover the clues that lead them to a 3000-year-old mummy, who is guarded by a sinister high priest (Eduardo Cianelli). Reluctantly funded by a magician (Cecil Kellaway) and his beautiful daughter (Peggy Moran), the expedition has its hands full battling the mummy, who goes on a killing rampage during each full moon, in this frightening chiller masterpiece.

The ancient Egyptian Mummy, Kharis, is transported from his homeland with the high priest Mehemet (Turhan Bey) to wreak vengeance on the family who has defiled the sacred tomb of his beloved Princess Ananka. Compassionately portrayed by Lon Chaney Jr., Kharis travels to the United States, with companion Mehemet, to seek archaeologist Stephen A. Banning (Dick Foran). Systematically, the last surviving members of the original expedition are killed while Mehemet falls in love with Isobel Evans (Elyse Knox), Banning's beautiful fiancÃ©e. He futilely tries to use the Mummy to ensnare Isobel to be his high priestess, but is prevented by a fiery mob which destroys him and the mummy in this classic chiller.

Review "Mummy's Hand, The/ The Mummy's"

Reviews for "Mummy's Hand, The/ The Mummy's"