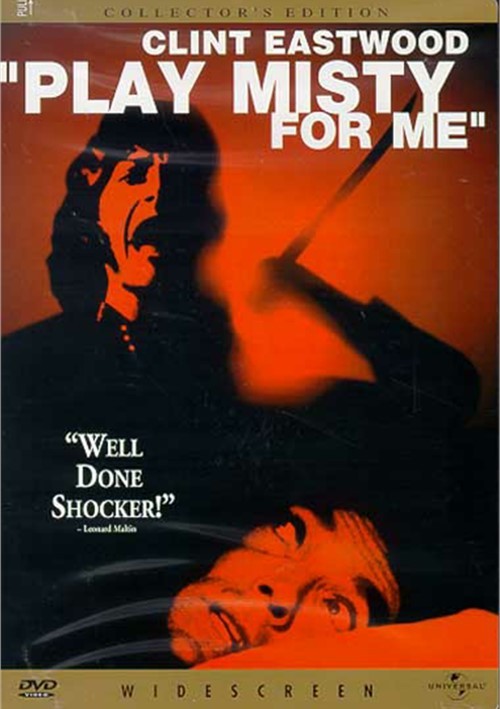 Clint Eastwood made his directorial debut with this contemporary thriller about psychotic obsession. Eastwood also takes the lead in the starring role as Dave Garver, a popular radio disc jockey who repeatedly receives on-air phone requests from a sexy female fan to "play Misty for me". When the woman, Evelyn Draper (Jessica Walter), orchestrates a rendezvous with Dave at his favorite nightspot, the two begin a torrid affair. But when Dave decides to end the relationship, Evelyn's obsession turns to violence. Soon everything and everyone in Dave's life becomes a target for Evelyn's increasing deadly campaign of terror. Beautifully photographed on location in Eastwood's hometown of Carmel, California, Play Misty For Me continues to be considered one of the great modern-day thrillers.

Play It Again: A look back at Play Misty For Me
The Beguiled, Misty, Don and Clint
Clint Eastwood on DVD
Photograph Montage
Clint Eastwood Directs and Acts
The Evolution of a Poster
Theatrical Trailer
Production Notes
Cast and Filmmakers
DVD-ROM Features

Review "Play Misty For Me: Collector's"

Reviews for "Play Misty For Me: Collector's"