Best of Tom & Jerry Movies, The 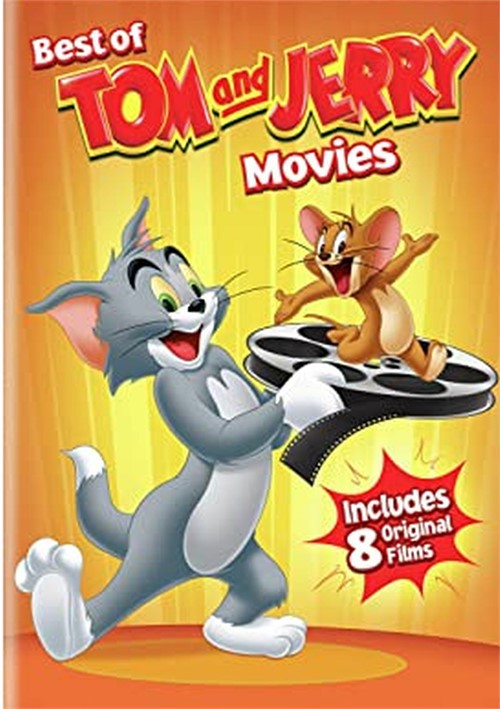 Best of Tom & Jerry Movies, The

Fun-filled feature-length adventure has Tom working as a lowly deckhand for infamous pirate Captain Red. After learning that Jerry is guarding a map that could lead him to immense riches, Tom reluxtantly teams with his nemesis, facing off against coconut-throwing monkeys, a giant squid, and other menaces in a frantic attempt to recover the treasure--resulting in plenty of hijinks.

What happens when the lovable cat and mouse encounter the worlds most famous detective? Find out in this animated adventure that has Tom and Jerry teaming up with Sherlock Holmes to solve a mystery involving some sinister felines.

Dorothy and her friends are off to see the Wonderful Wizard of Oz once again, this time with the team of Tom and Jerry in tow, in this animated retelling of the childrens favorite. Sprinkled with many of the scenes and beloved songs from the 1939 original, including "Over the Rainbow," "Follow the Yellow Brick Road," and "Ding Dong, The Witch Is Dead," this modernized spin even gives you an option for the sepia-toned opening!

Tom and Jerry work their way into the classic Robin Hood legend in this animated adventure! Recruited to work for the Sheriff of Nottingham as a spy, Tom acts as an escort to Maid Marion while Jerry engages in derring-do after Robin is kidnapped and Marion is placed in danger.

Get ready for some oversized "feline-and-foe-fun" in this animated treat, as the cat-and-mouse duo and their young pal Jack, the owner of a fairy tale-based theme park, set off up an enchanted beanstalk. Up in the clouds, they find a magical land run by a nasty giant, along with some familiar characters and a goose whose golden eggs could save Jacks park.

In this animated feature mixing the cat-and-mouse teams trademark slapstick comedy with high-spirited adventure, Tom becomes the accidental "mother" of a baby dragon just hatched from an egg stolen from its real, fire-breathing mom. Before a villainous witch can steal the infant dragon for her own evil purposes, Tom and Jerry must return their tiny friend to its rightful home!

The always-clashing cat and mouse put their differences aside in this colorful animated tale that finds Tom and Jerry entering a world of espionage when they happen to meet famous kid adventurer Jonny Quest! Along with Jonny, his pal Hadji, and Jonnys dog Bandit, they set out to thwart an evil doctor with a plan to steal an energy-saving device invented by Jonnys dad.

In this animated retelling of the classic 1964 childrens book and 1971 film fantasy, the cat-and-mouse duo of Tom and Jerry join young Charlie Bucket on his trip through Willy Wonkas magical chocolate factory ("Hygiene, schmygiene"). Watch as the boys accompany Charlie as he meets Willy, Augustus Gloop, Veruca Salt, Violet Beauregarde, and Mike Teeveeavoid, and tries to steer clear of devious candy competitor Arthur Slugworth, who wants the recipe for Willys Everlasting Gobstopper.