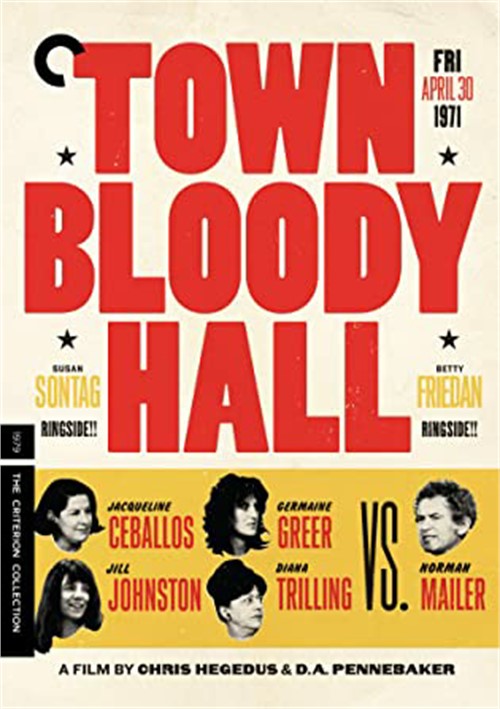 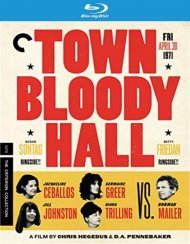 On April 30, 1971, a standing-room-only crowd of New Yorks intellectual elite packed the citys Town Hall theater to see Norman Mailerfresh from the controversy over his essay The Prisoner of Sex and the backlash it received from leaders of the womens movementtangle with a panel of four prominent female thinkers and activists: Jacqueline Ceballos, Germaine Greer, Jill Johnston, and Diana Trilling. Part intellectual death match, part three-ring circus, the proceedings were captured with crackling, fly-on-the-wall immediacy by the documentary great D. A. Pennebaker and a small crew, with Chris Hegedus later condensing the three-and-a-half-hour affair into this briskly entertaining snapshot of a singular cultural moment. Heady, heated, and hilarious, Town Bloody Hall is a dazzling display of feminist firepower courtesy of some of the most influential figures of the era, with Mailer plainly relishing his role as the pugnacious rabble-rouser and literary lion at the center of it all.

Interactive Menus
Chapter Selections
Web Site Information
New 2K digital restoration, supervised by director Chris Hegedus
New interview with Hegedus
Audio commentary from 2004 featuring Hegedus and author Germaine Greer
Footage from a 2004 celebration of the film, which brought together participants Greer, Jacqueline Ceballos, and Jill Johnston and directors Hegedus and D. A. Pennebaker
Appearance from 1971 on The Dick Cavett Show by author Norman Mailer, promoting his book The Prisoner of Sex
Archival interviews with Greer and Mailer
English subtitles for the deaf and hard of hearing
An essay by film critic Melissa Anderson