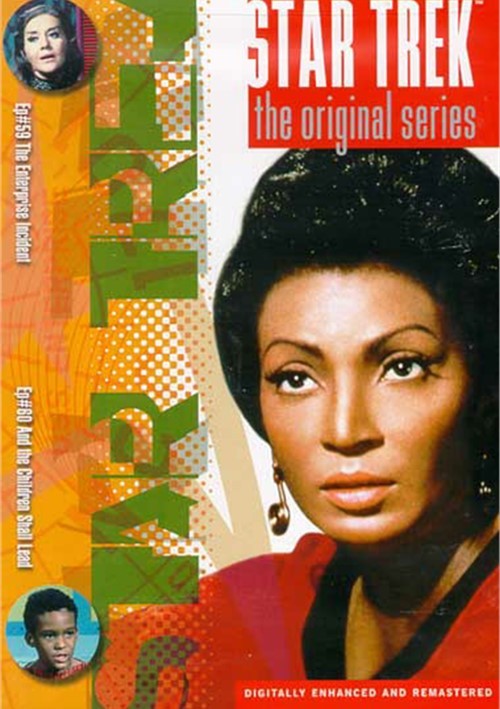 Kirk appears to be suffering from a nervous breakdown and orders the U.S.S. Enterprise into forbidden Romulan territory. Suddenly the U.S.S. Enterprise is surrounded by three Romulan ships demanding Kirk's surrender! Aboard the enemy vessel, Spock denounces Kirk and appears to show interest in the Romulan female commander. Kirk then attacks Spock, who uses the Vulcan Death Grip on his captain!

And The Children Shall Lead: (Episode 60)

On Triacus, Kirk and his crew learn that all the adults of an expedition there have committed suicide, yet their children are completely unmoved by their parents' deaths. Kirk senses "something evil" but cannot identify the source. The children beam aboard the starship and, unknown to Kirk, so does the evil entity! Chaos ensues as this "Friendly Angel" is summoned by the children at will.