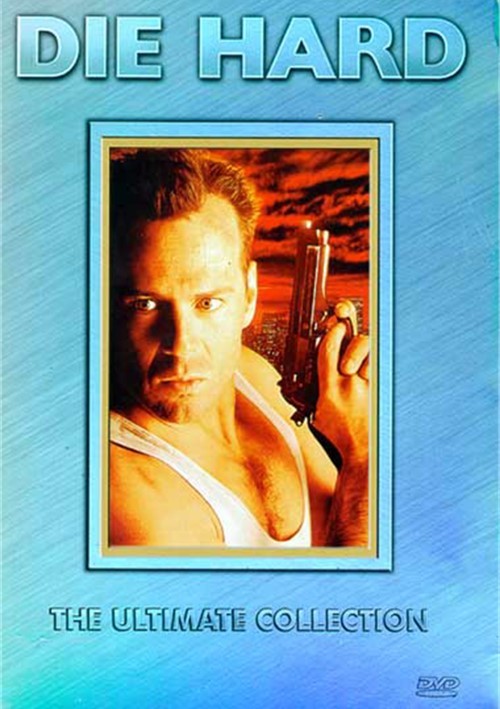 High above the city of L.A. a team of terrorists has seized a building, taken hostages, and declared war. But one man has managed to escape detection... an off-duty cop. He's alone... tired... and the only chance anyone has.

Bruce Willis stars as New York City Detective John McClane, newly arrived in Los Angeles to spend the Christmas holiday with his estranged wife (Bonnie Bedelia). But as McClane waits for his wife's office party to break up, terrorists take control of the building, While the terrorist leader, Hans Gruber (Alan Rickman) and his savage henchman (Alexander Godunov) round up hostages, McClane slips away unnoticed. Armed with only a service revolver and his cunning, McClane launches his own one-man war. A crackling thriller from beginning to end, Die Hard explodes with heart-stopping suspense.

On a snowy Christmas Eve in the nation's capital, a team of terrorists has seized a major international airport and now holds thousands of holiday travelers hostage. The terrorists, a renegade band of crack military commandos led by a murderous rogue officer (William Sadler), have come to rescue a drug lord from justice. They've prepared for every contingency except one: John McClane, an off-duty cop gripped with a feeling of deadly dÃ©jÃ  vu.

It's all-out war, a heart-stopping, jet-propelled journey filled with excitement and terror. Fasten your seat belts!

This time, New York cop John McClane (Willis) is the personal target of the mysterious Simon (Jeremy Irons), a terrorist determined to blow up the entire city if he doesn't get what he wants. Accompanied by an unwilling civilian partner (Samuel L. Jackson), McClane careens wildly from one end of New York City to the other as he struggles to keep up with Simon's deadly game. It's a battle of wits between a psychopathic genius and a heroic cop who once again finds himself having a really bad day.