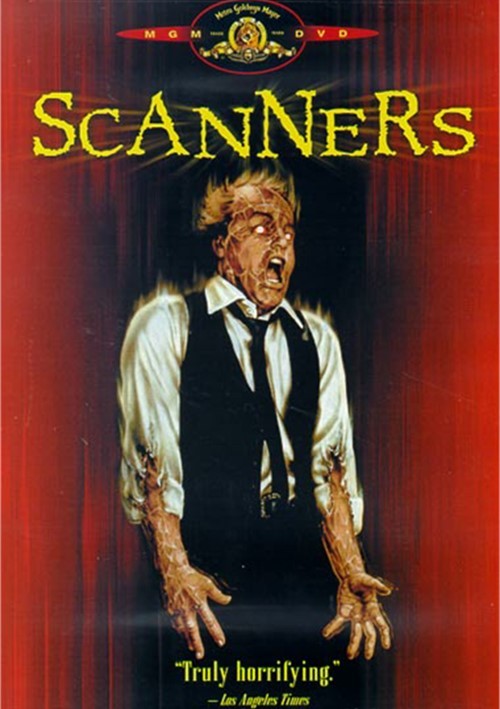 Welcome to the world of the Scanners - a race of humans with telekinetic powers that can wreak havoc beyond your most dreaded nightmare. Writer/director David Cronenberg (The Fly, Naked Lunch) brings the terror closer than ever before - he brings it right into your mind. Cronenberg is a modern-day horror master whose name fits easily with the likes of King, Craven and Carpenter... and Scanners, with its spectacular and shockingly realistic special effects, is a startling masterpiece of the genre.

When a rogue Scanner of unparalleled power (Michael Ironside) wages a bloody war against the "normals," young empath Cameron Vale (Stephen Lack) is recruited to track him down. But Vale is inexperienced - and a battle with another Scanner could mean a grisly death... or worse. Can Vale vanquish his insanely violent, power-mad adversary? Only one thing is certain: Scanners "delivers the chills-down-your-spine, heart-in-your-throat, you-can't-watch-but-you-daren't-leave goods" (Time)!