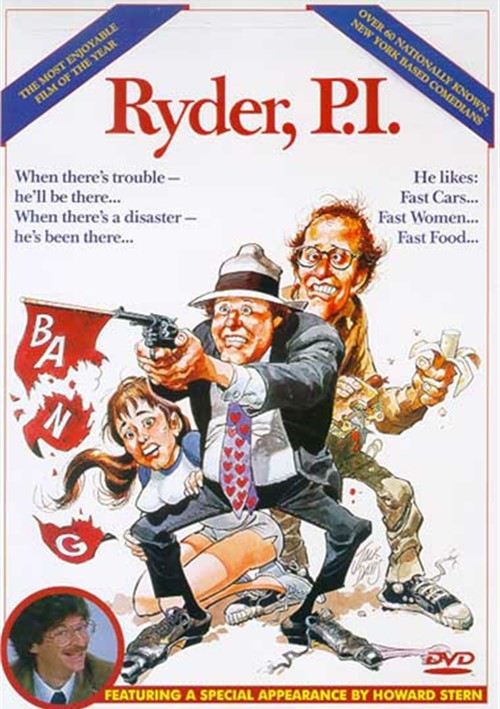 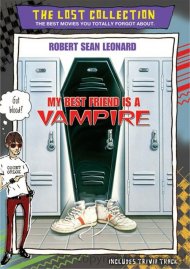 Before showing the world his Private Parts, renowned shock-jock Howard Stern graced the silver screen in the detective comedy Ryder, P.I. available for the first time on DVD from Focus Film Entertainment. Along with Stern, Ryder, P.I. features over 60 nationally known, New York based standup comedians, and follows the zany antics of two off the-wall detectives creating their own wild goose chase.

Sky Ryder (Dave Hawthorne) and his inept sidekick Eppie (Bob Nelson), have been on a case for a year. But there's one problem: they've been trailing the wrong woman. Their time's not wasted, however, as they save a damsel in distress (Frances Raines) who's being attacked by three nasty bikers. Problem number two: the bikers turn out to be FBI agents.

Thrown together by fate, Ryder and the woman develop an impromptu romance, though danger has hardly ended. What follows is a bizarre romp that leaves everyone