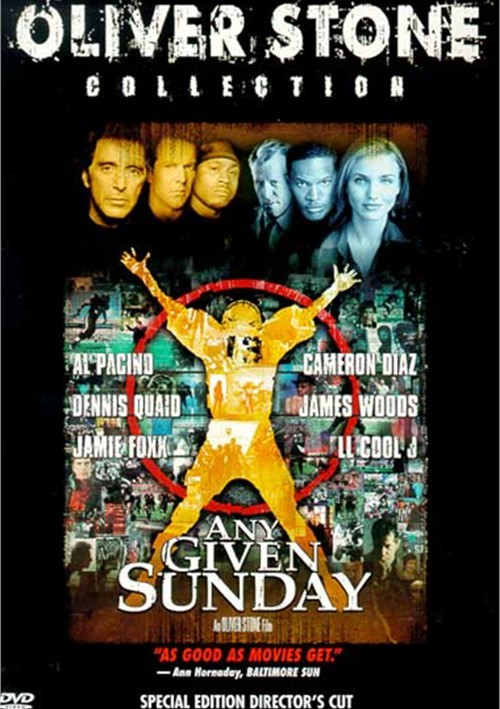 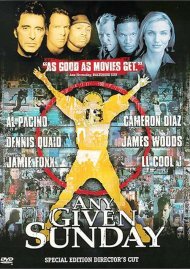 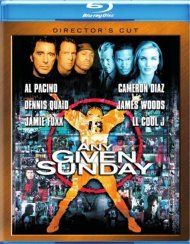 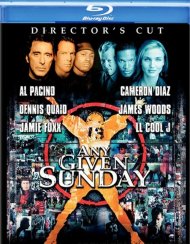 Life is a contact sport and football is life when three-time Academy AwardÂ®-winning filmmakers Oliver Stone and a dynamic acting ensemble explore the fortunes of the Miami Sharks in Any Given Sunday, showcased in this deluxe edition with a second DVD full of high-scoring Extra Features!

Embattled Sharks coach Tony D'Amato (Al Pacino) faces a full-on blitz of team strife plus a new owner (Cameron Diaz) who's sure Tony is way too Old School. An injured quarterback (Dennis Quaid), a flashy, bull-headed QB (Jamie Foxx), a slithery team doctor (James Woods) and a running back with an incentive-laden contract (LL Cool J) also provide some of the stories that zigzag like diagrams in a playbook. And throughout, there's the awesome spectacle of motion, sound and action orchestrated into "Oliver Stone's most electrifying film in years. A dazzling spectacle" (Peter Travers, Rolling Stone).

Review "Any Given Sunday: Special Edit"

Reviews for "Any Given Sunday: Special Edit"