Guitarra: A Musical Journey Through Spain 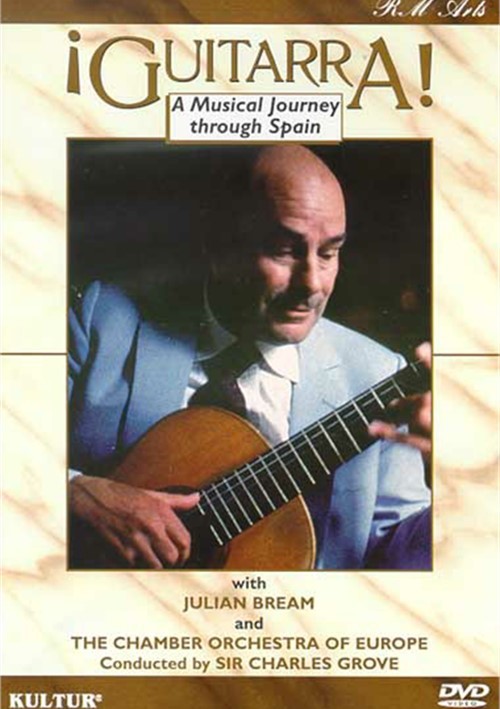 Guitarra: A Musical Journey Through Spain

Julian Bream is celebrated as one of the world's leading classical guitarists. He is featured in the series of eight 30-minute films, shot entirely on location in Spain, playing some of the finest pieces in the repertoire of the Spanish guitar. The programs trace the evolution of the Spanish guitar over five centuries, from 1500 to the present day. Together, its music and history paint a rich portrait of Spain and her people. Bream plays in some of Spain's most magnificent old buildings and beautiful landscapes, creating through his performances a visual evocation of the culture, history, and society that has given birth to the music. Seville, Toledo, Madrid, Barcelona, the Pyrenees these and other locations forma vivid backdrop to his playing. Each program travels between Spain's past and present and includes a wealth of historical documentation - paintings, manuscripts, biographical sketches of the composers, period instruments - as well as film of life in Spain today.

For this series, Julian Bream asked the outstanding Spanish guitar maker, his long standing friend a colleague Jose Romanillos to make him a vihuela and a Baroque Spanish guitar and for the first time he performs publicly on these instruments. In episode four, he is joined by another master performer, Paco Pena, who plays Flamenco guitar and talks with Bream about its origin and meaning.