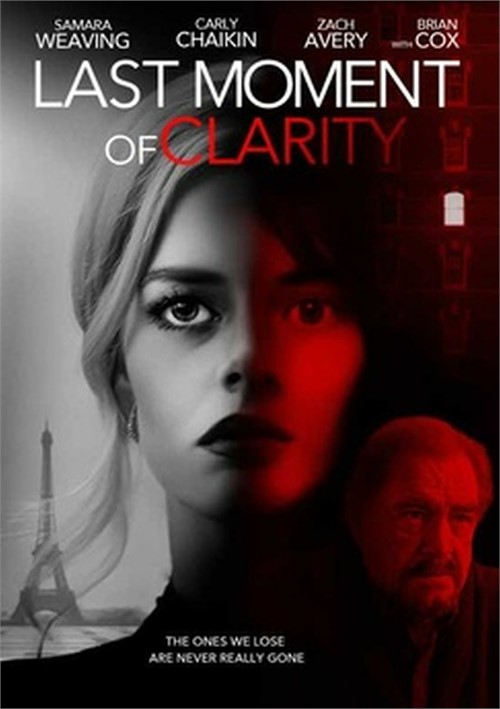 After his girlfriend Georgia (Samara Weaving, READY OR NOT) is murdered by European mobsters, Sam (Zach Avery, FURY) flees to Paris to hide out. Years later, he sees a woman in a Hollywood film who he's certain is Georgia. In L.A. to investigate, he encounters enigmatic Kat (Carly Chaikin, "Mr. Robot"), who impulsively decides to help him on his quest. But as Sam meets the mystery actress face-to-face, his life spins out of control. Also starring Golden Globe winner Brian Cox ("Succession") and Udo Kier, this twisty Hitchcockian thriller will keep you guessing until the final frame.

Reviews for "Last Moment of Clarity"