Mishima: A Life In Four Chapters 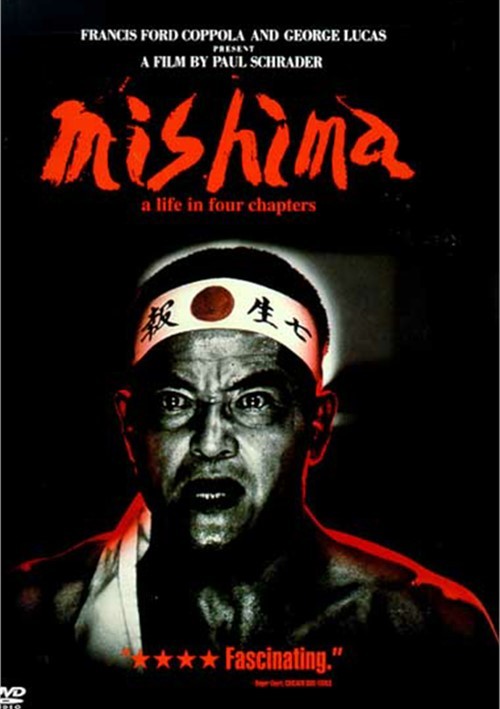 Mishima: A Life In Four Chapters

On November 25, 1970, an abortive attempt to overthrow the Japanese government led to the ritual suicide of a writer who cast a global shadow. He was Yukio Mishima, Japan's finest postwar author, and a d modern man struggling to find his future in his homeland's imperial past.

Paul Schrader's haunting, lyrical Mishima: A Life In Four Chapters vividly depicts this most paradoxical of men, at ease in Western ways but reinventing himself in the militarism of feudal Japan. The film's visual style shifts between a documentary-life recreation of Mishima's last day, black-and-white flashbacks of his early years and intoxicatingly colorful episodes from three of his novels. The result is a true cinematic original: an unforgettable portrait of sensual and intellectual passion.

Reviews for "Mishima: A Life In Four Chapte"