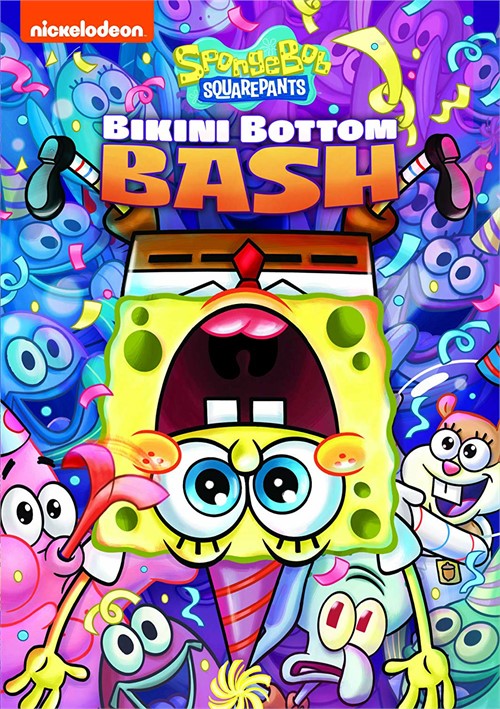 For he's a jolly good yellow! You're invited to the biggest Bikini Bottom celebration ever - SpongeBob's birthday! But it's a surprise, so SpongeBob and Patrick are going on a tour of the surface world while everyone else plans the birthday blowout below. Then, keep the good tides flowing as Bikini Bottom throws a wave of other parties. Catch some rays with SpongeBob and Patrick to get into the biggest bash in town, enjoy a girls? night in at Pearl's sl--pover, raise the pineapple's roof at SpongeBob's house party, and celebrate the Krusty Krab's momentous eleventy-seventh anniversary! Let's par-tay!

Reviews for "Spongebob Squarepants-Bikini B"