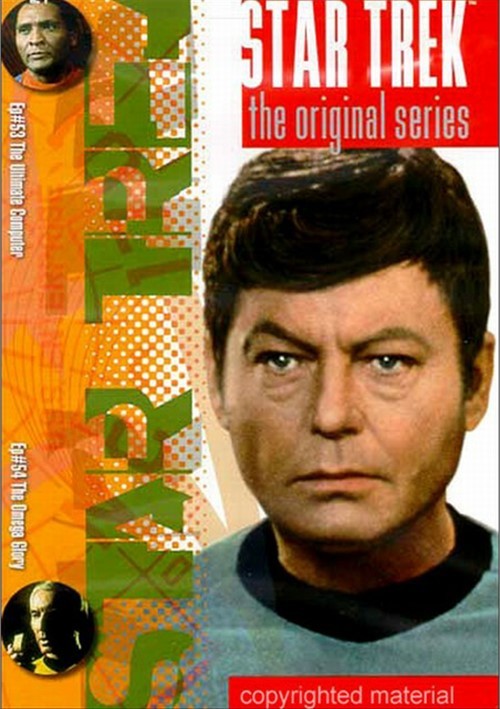 Starfleet is testing the M-5, a sophisticated computer, aboard the U.S.S. Enterprise. With a skeleton crew, M-5 is permitted to control the starship as Kirk stands by helplessly. All goes well until M-5 mistakes war games for the real thing, destroys the Excalibur and won't relinquish control of the U.S.S. Enterprise.

Planet of immortality? Kirk, Spock and McCoy beam aboard the Exeter, in orbit around Omega IV. There, they discover her crew reduced to a crystallized powder caused by a deadly virus that Kirk and the others have now been exposed to. On the planet, they learn Exeter's Captain Tracey has violated the Prime Directive, meddling in the natives' affairs because he thinks the planet's atmosphere grants immortality. Tracey's power-hungry, and not even Kirk can stand in this madman's way!