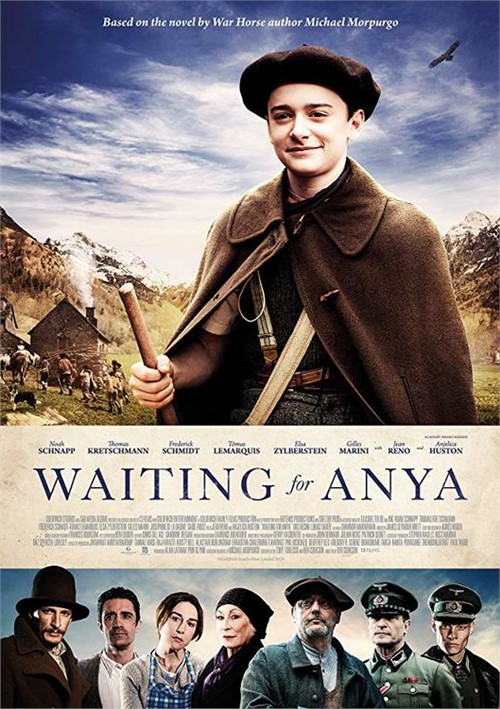 Waiting for Anya tells the story of Jo (Noah Schnapp), a young shepherd from a French mountain village whos managed to remain untouched by World War II that is, until he meets the mysterious Benjamin (Frederick Schmidt), a Jewish refugee fleeing Nazi persecution and harboring a dangerous secret: Jewish children are being smuggled over the mountains to the safety of Spain. With the help of the widow Horcada (Anjelica Huston), Jo aids in the smuggling effort. Also starring Jean Reno and Sadie Frost.

Reviews for "Waiting For Anya"