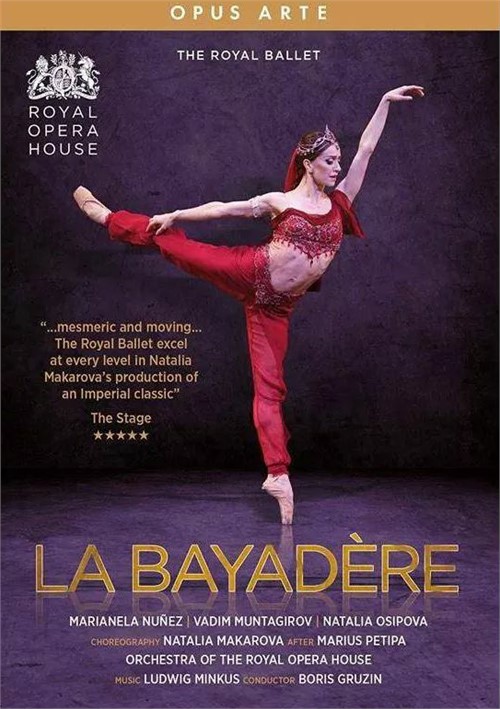 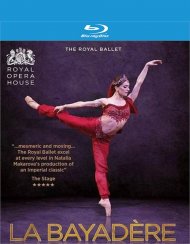 Natalia Makarova's acclaimed production of this 19th-century classic ballet brings an exotic world of temple dancers and noble warriors to life. Featuring opulent sets by Pier Luigi Samaritani and beautiful costumes by Yolanda Sonnabend, it stars Marianela Nunez as the Bayadre (temple dancer) Nikiya, Vadim Muntagirov as Solor, and Natalia Osipova as Gamzatti, whose alluring presence challenges Solors love for Nikiya. La Bayadere (The Temple Dancer) was originally staged in four acts and seven tableaux by French choreographer Marius Petipa to the music of Ludwig Minkus. The ballet was staged especially for the benefit performance of the Russian Prima ballerina Ekaterina Vazem, who created the principal role of Nikiya. From the first performance the ballet was universally hailed by contemporary critics as one of the choreographer Petipa's supreme masterpieces, particularly the scene from the ballet known as The Kingdom of the Shades, which became one of the most celebrated pieces in all of classical ballet.