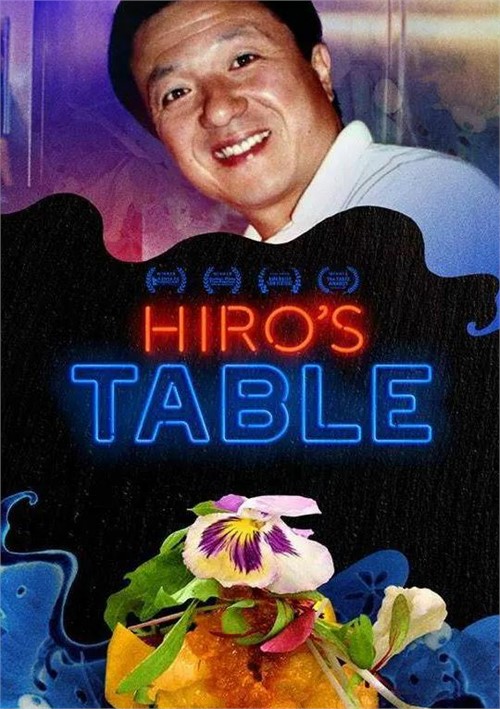 Shot over a sixteen year span, Hiros Table takes an intimate look at master chef Hiroji Obayashi and his family as they establish a small restaurant in Los Angeles and turn it into a thriving gourmet mecca for daily customers and celebrities alike.

Hiro emigrated from Japan in in the late seventies with his wife, Yasuyo, when she was pregnant with their first child. After a decade in the US, and two more children, the Obayashis opened Hirozen Gourmet, their dream Mom and Pop, nestled in an unlikely corner of a West Hollywood strip mall. From its inception, Hiro pioneered California fusion and farm-to-table delights, a blend of his classical Japanese training and local fare. Hiros Table is a tribute to the subtleties of Hiro's unique culinary vision and a testimonial to the hard work and perseverance of an immigrant family willing to share their personal saga with all of us. In Hiros own words, food is not cooking, food is heart.