Kill Them All and Come Back Alone 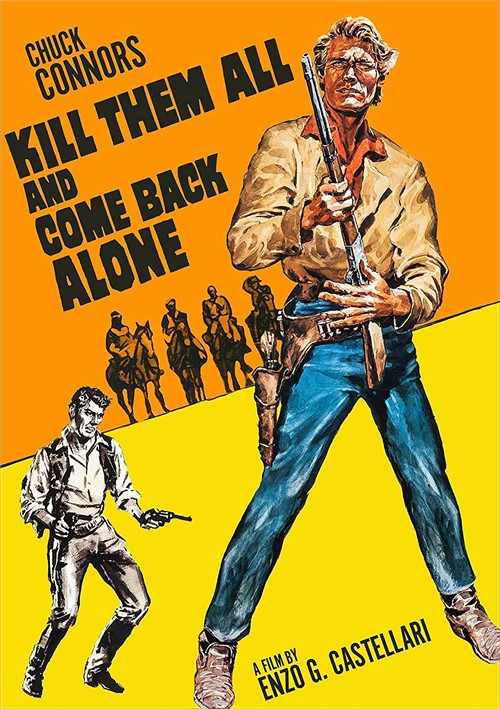 Kill Them All and Come Back Alone

From Enzo G. Castellari, the legendary director of Street Law, The Big Racket, Keoma and The Inglorious Bastards comes this action-packed spaghetti western starring screen and television great Chuck Connors (The Big Country, TVs The Rifleman and Branded). In 1864, mercenary Clyde McKay (Connors) leads a squad of tough-as-nails cutthroats on a mission for the Confederate high command to infiltrate an enemy fortress and steal millions in gold from the Union Army. Unfortunately, the crew he has assembled to pull off the heist is even less trustworthy than he isand they all end up double-crossing each other. Frank Wolff (The Great Silence, Once Upon a Time in the West) and Franco Citti (Accattone, The Decameron) co-star in this fully restored, first-rate tale of betrayal and revenge.

Review "Kill Them All and Come Back Al"

Reviews for "Kill Them All and Come Back Al"