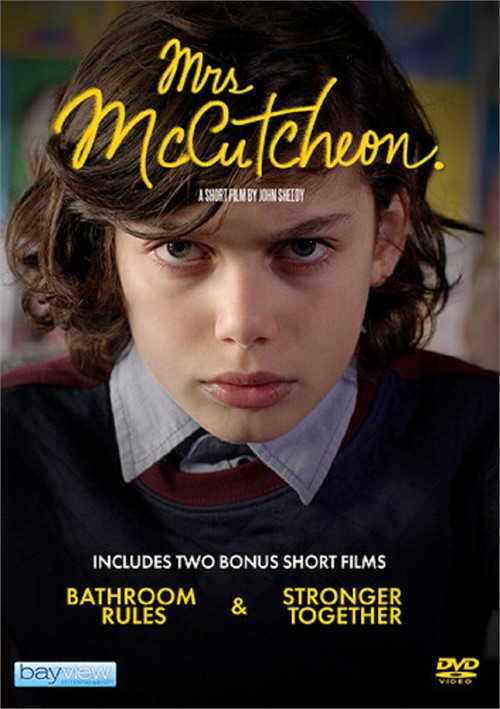 Having always felt he was born in the wrong body, ten-year-old Tom chooses the name Mrs. McCutcheon rather than the name he was given at birth; he also prefers the flow of a dress rather than the cut of a pant. Now at his third school Tom is having trouble settling in and finding acceptance from his newfound peers - except for Trevor, a tough little charmer who also suffers prejudice due to his Aboriginal heritage. With the school dance only days away Tom is thrust on a journey of self-discovery and sacrifices to find his place in the world.

Mrs. McCutcheon is a 32-minute short film. This DVD also includes the 9-minute short comedy Stronger Together and the 6-minute film Bathroom Rules. In Stronger Together, a fired up liberal lesbian accidentally brings home a gorgeous conservative woman she must decide whether lust or murder will win the night. In Bathroom Rules, a ten-year-old gender non-conforming student navigates his way through the school, in search of a safe washroom.