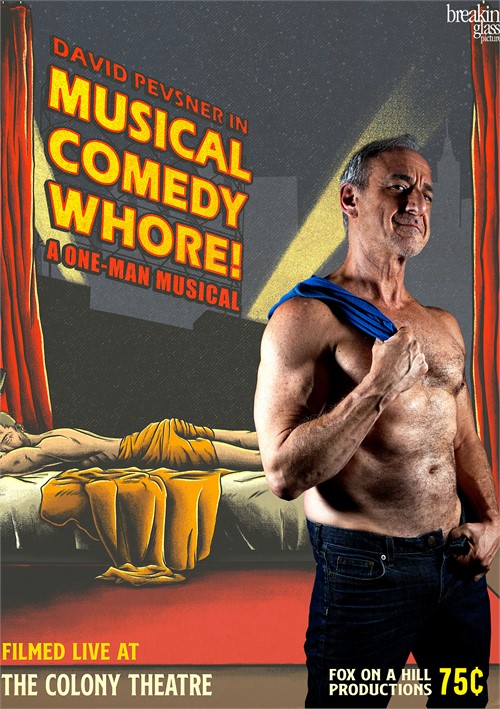 He's selling it... both onstage and off. In Musical Comedy Whore! actor David Pevsner opens up about intimate sexual milestones and choices on a difficult, emotional, and hilarious road to ultimate acceptance. With great honesty, surprising introspection, and a lot of droll and daring ditties, David shares an unforgettable journey based on his true story. It's David's story, but in a way it is your story too. Filmed live at the famed Colony Theatre in Burbank, CA, this mix of drama, humor, and musicality is an evening of great theatre. Though it's a one-man musical stage performance, be warned that this film is still for mature audiences only.