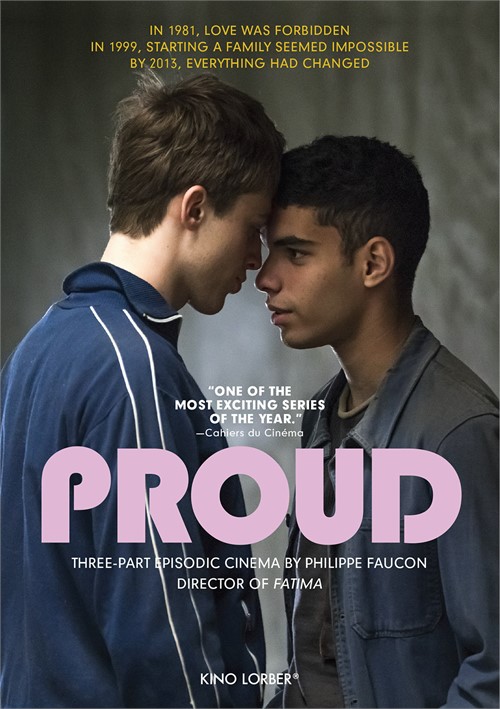 In 1981, love was forbidden. In 1999, starting a family seemed impossible. By 2013, everything had changed. From Philippe Faucon, the award-winning director of Fatima, this amazing new three-part cinematic event takes us through each of these years. Proud tells the stories of Charles, Victor and Diego, three generations of the same family who represent the seismic social changes that took place in just three decades. Cahiers du Cinema called Proud "one of the most exciting series of the year." Le Parisien called it "A series that defends the fundamental rights of gay people."