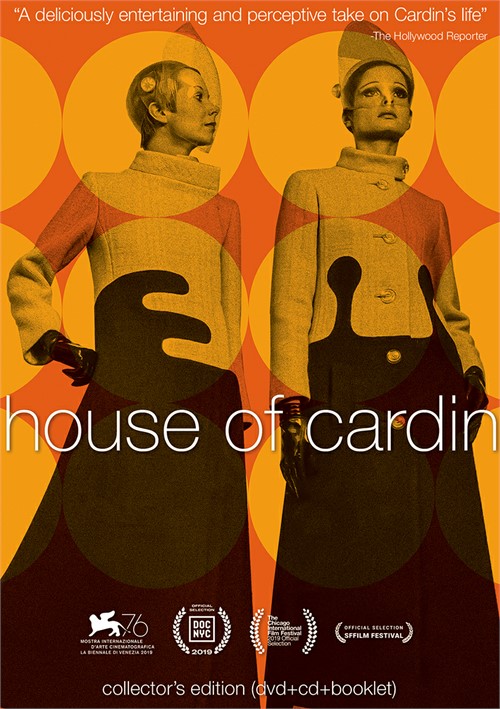 Take a rare journey into the mind of a fashion genius in House of Cardin, chronicling the life and career of legendary French designer Pierre Cardin. Originally renowned in the 50s and 60s for pioneering outrageously trendy ready-to-wear fashions, this documentary traces his origins as an apprentice all the way through to his current position atop a fashion empire.

Interviewing the legend himself along with his associates, models, and customers including Sharon Stone, Jean-Paul Gaultier, Alice Cooper, and Naomi Campbell, this Collector's Edition features nearly 2 hours of bonus material including rarities from Cardin's archives and extra interview footage along with a CD of the soundtrack and 16-page booklet.

Reviews for "House of Cardin"