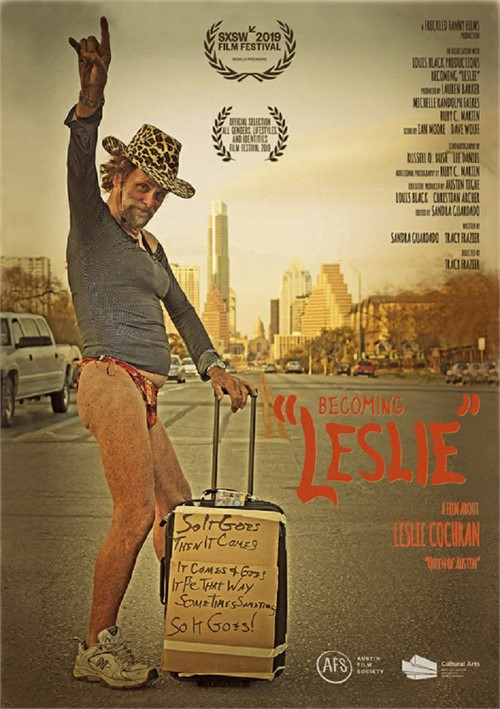 Becoming Leslie is a documentary that reveals the inner and bizarre world of Albert Leslie Cochran, a rebellious, cross-dressing homeless man who became the most unlikely civic symbol of Austin, Texas. Told with unapologetic humor, the film chronicles the steady career of a nomadic misfit turned a cultural icon while he searches for love and a true sense of home. Through Leslie, one man's efforts to preserve his own identity are paralleled with the collective struggle of a rapidly changing city.