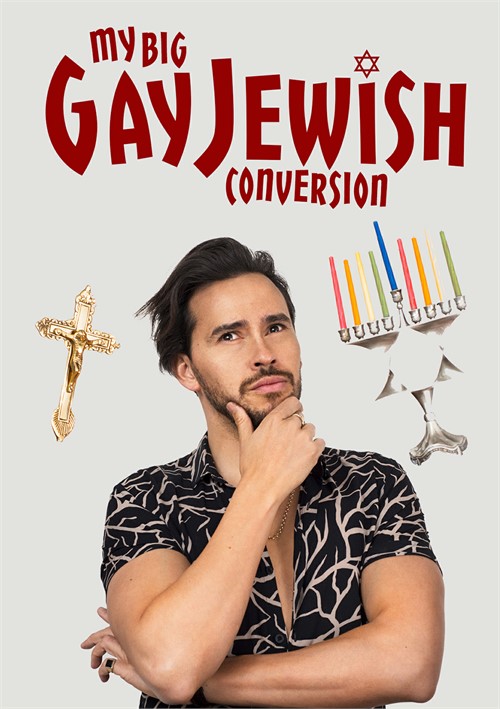 Is Israel really the best place in the world to be gay? And is Judaism the one mainstream religion that accepts homosexuality? Meet Simon, a gay Catholic man from the West of Ireland on a quest to find out. Simon has never truly felt accepted by his own church, a problem that Matthew, his Jewish boyfriend from North London, has never had to face. Simon begins to wonder if the grass may be greener, and considers converting. He starts with a trip to the local Rabbi where they chat, among other things, about getting 'snipped', but Simon is itching to get to Judaism's homeland: Israel. He hops on a plane and first hits the streets of Tel Aviv, 'the gayest city on Earth', where he meets gay people from all walks of life, including gay soldiers in the IDF. Then he heads to Jerusalem, where the story here is very different. Extreme views towards homosexuality are rife and Simon encounters this at an uncomfortably close proximity. Then, it's crunch time. Faced with the facts, will Simon jump ship and become Jewish?