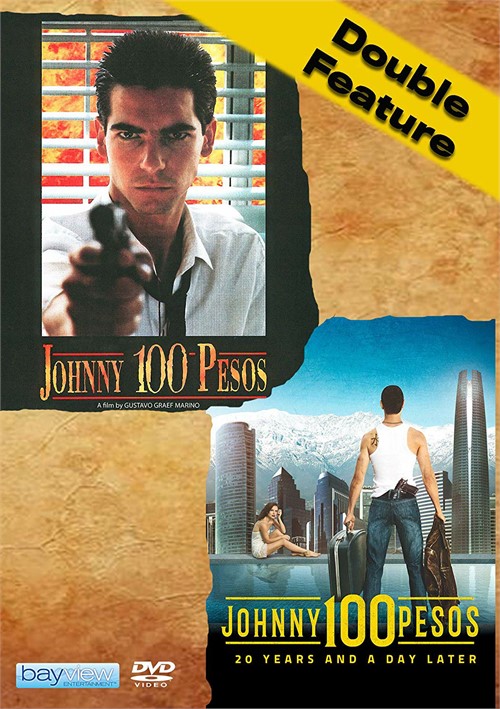 Double Feature: the original JOHNNY 100 PESOS and the sequel JOHNNY 100 PESOS: 20 YEARS AND A DAY LATER. Johnny 100 Pesos: Chilean amateur criminal Johnny and his gang draw the attention of the media and eventually the entire country when their plan to knock off a video store goes awry. Johnny 100 Pesos: 20 Years and a Day Later: Emerging from twenty years locked away in jail, Johnny must now confront a heartless society to ensure that the son he never knew does not go down the same criminal path that he took in his youth. In Spanish with English subtitles.