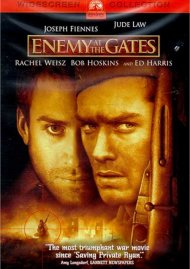 A riveting thriller in the powerful tradition of Reservoir Dogs, Essex Boys stars Alex Kingston (TV's ER, The Croupier) and Sean Bean (The Lord of the Rings, Ronin) in an unforgettable story about a dark criminal underworld where seduction and betrayal are a way of life! When ex-con Jason Locke (Bean) is released from prison, he returns home and realizes that his old cohorts have all profited from the empire he helped build. Trusting no one and attempting to restore his reputation and authority, he sets off a chain of events that shakes up the underworld! Also starring Tom Wilkinson (The Patriot, Shakespeare In Love) and Charlie Creed-Miles (The Fifth Element) - the action explodes with Locke's maniacal bid to shift the balance of power!