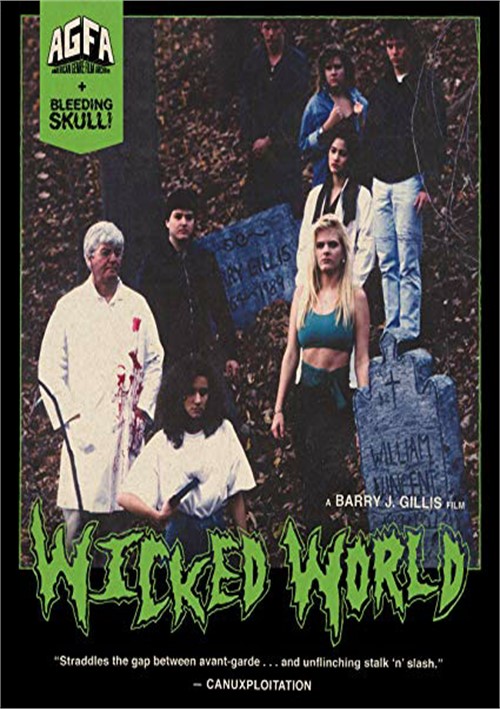 In 1989, filmmaker Barry J. Gillis and friends renewed the world's faith in Canada with the horror brainbomb known as THINGS. But that was only the beginning. Virtually unseen until now, WICKED WORLD is not only Gillis' 1991 follow-up to THINGS--it's also a new form of genre anarchy. Grant Ekland (Gillis) is a cop who is haunted by the death of his girlfriend at the hands of a psychotic slasher named Harold. When Harold is released from an asylum, there's only one option for Ekland: revenge! Filled with metal riffage, gnarly ultra-violence, and experimental techniques, WICKED WORLD feels like what would happen if Salvador Dali injected acid directly into his brain while staring at a Cannibal Corpse LP cover. This is a highly personal treatise on the toxicity of society from one of the most singular filmmakers in trash-horror history. If you survive WICKED WORLD, you'll never forget it.