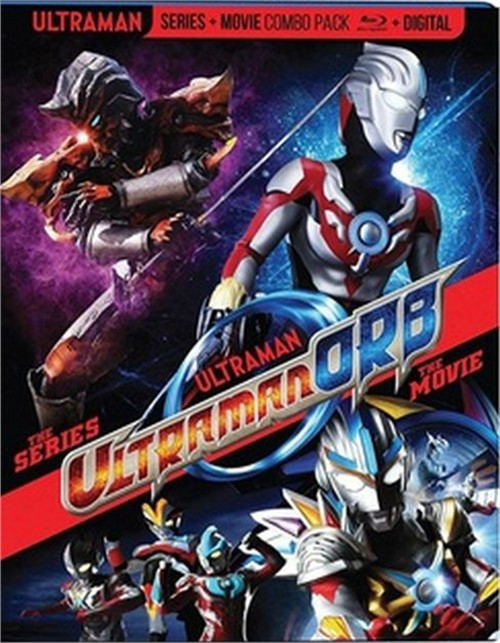 Naomi has had the same strange dream since she was young: visions of a giant of light battling a giant monster. With her interest sparked by those dreams, she starts the paranormal phenomena tracking website called "SSP" with her friends Jetta and Shin. One day the trio is on the tail of a mysterious animal suspected of causing strange meteorological activity. They encounter the Cyclone Lord Monster, Maga-Basser! Naomi is blasted vicious winds but rescued by the vagabond, Gai Kuernai. By using his Orb Ring, Gai is able to Fusion Up into a warrior of light from a distant galaxy, Ultraman Orb!

ULTRAMAN ORB - THE MOVIE - Let Me Borrow The Power of Bonds!

A mysterious item is delivered to paranormal investigators SSP. SSP members Naomi, Jetta and Shin determine that it is a transformation device... the X Devizer that housed Ultraman X both during and after his merging with Xio agent Daichi Oozora (Kensuke Takahashi). Gai Kurenai (Hideo Ishiguro), the human form of Ultraman Orb returns from his wanderings to search for X... unaware that this is just the first sign of a new threat to the Earth. The villainous space witch Murnau has allied with Ultraman Orb's arch enemy Jugglus Juggler to use the Dark Ring she now possesses.