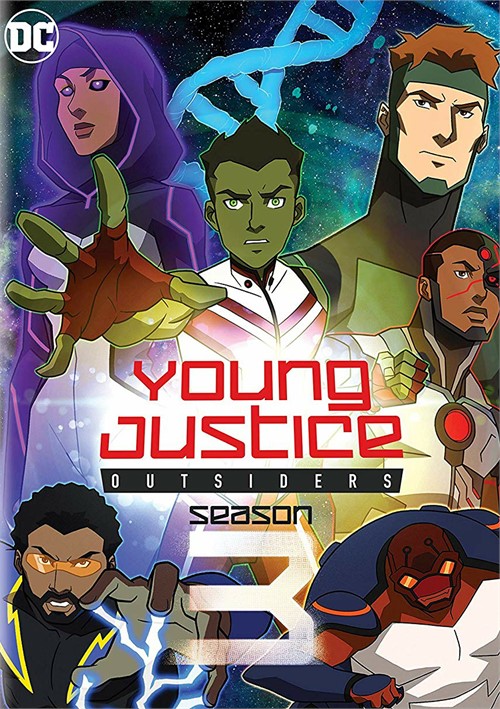 They survived the schemes of the Light and saved the Earth from Reach Invasion. But this season on Young Justice, the Team will face their greatest challenge yet. Kidnapped teens are being transformed into super-powered weapons! Meta-Human trafficking is a terrifying threat to a society caught in the crossfire of a genetic arms race spanning the globe and the galaxy. Now Nightwing, Superboy, Miss Martian, Tigress, Aqualad and Black Lightning will need help from a new generation of heroes to save the world from the war games of Super-Villains controlling the system from the inside. Whats needed is a team of Outsiders. Young Justice: Outsiders, from Warner Bros. Animation and DC Comics.