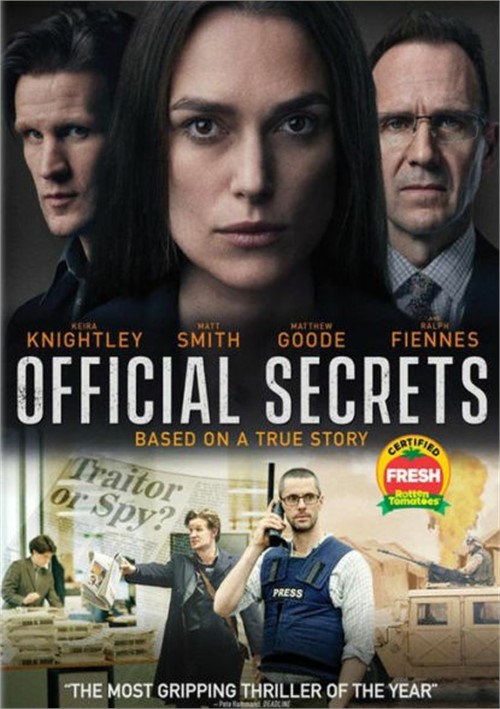 From the award-winning director of Eye in the Sky, comes the incredible true story of the spy who defied her government to stop a war. In 2003, British intelligence specialist Katharine Gun (Keira Knightley) received a memo with a shocking directive: collect blackmail worthy information on UN council members to f-rce the vote for the invasion of Iraq. Unable to stand by and watch the world rush into war, Gun makes the decision to leak the memo to the press, igniting an international firestorm that would expose a vast political conspiracy and put Gun in harms way.