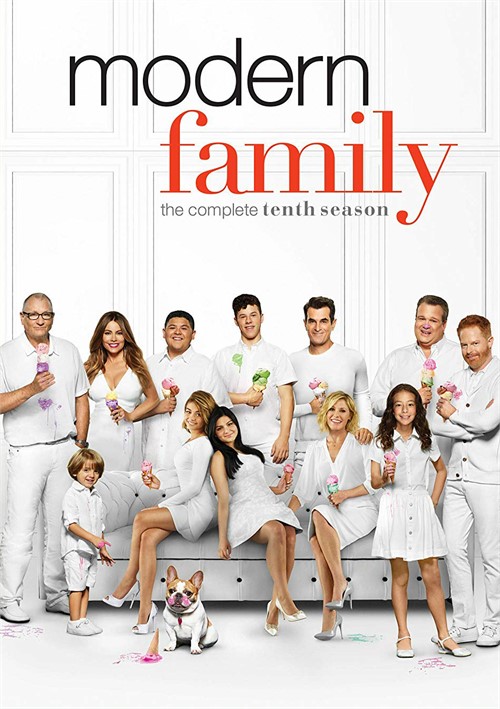 As the hilarious tenth season kicks off, Jays slated to be grand marshal in a Fourth of July parade, prompting the Pritchett-Dunphy-Tuckers to set off a few too many fireworks. Phil stumbles into a new career opportunity, while Claire grapples with her potentially changed role in the family. Meanwhile, as Jays company literally goes to the dogs, Gloria obsesses over Mannys relationship and Joes extracurricular activities. Mitch has fascinating new trials, and he and Cam host an unusual family member while navigating life with Lily. As Luke buckles down in school, Alex struggles with post-college plans, and Haley struggles with some important decisions. The extended family deals with death, but they also evolve, with more laughs than ever.