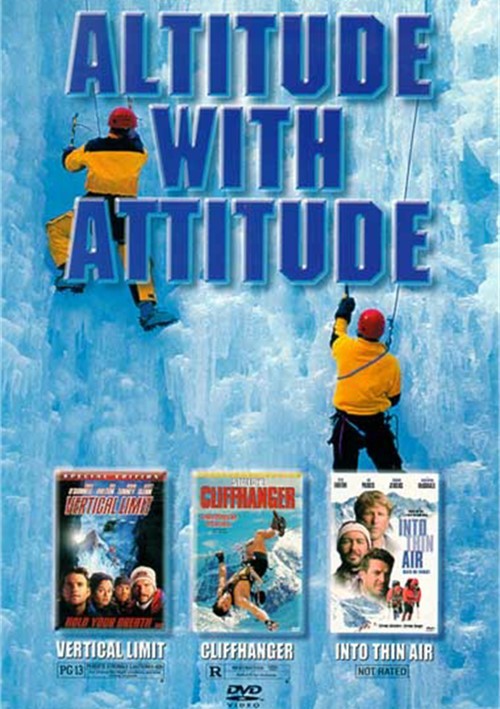 K2, a 28,250-foot mountain in Pakistan's Karakoram Range, is the setting for this adrenaline-pumping action-adventure. It's a race against time when a retired mountain climber (Chris O'Donnell) leads a rescue mission to save his estranged sister (Robin Tunney) and other members of her team who have become trapped on K2 after a deadly avalanche.

Martin Campbell, the celebrated directed of The Mask Of Zorro and GoldenEye, delivers high-voltage action and exhilarating suspense in a film that pits man against his own limitations and the awesome power of nature's uncontrollable elements.

Sarah was an inexperienced climber. She trusted Gabe to rescue her, but something went wrong high above the valley floor...

For Rocky Mountain Rescue, the mission is almost routine: locate five climbers. With the woman he loves (Turner) and his best friend (Rooker), Gabe Walker (Stallone) braves the icy peaks only to discover that the distress call is really a trap set by merciless international terrorist Eric Qualen (Lithgow). Now millions of dollars and their own lives hang in the balance. Against explosive firepower, bitter cold and dizzying heights, Walder must outwit Qualen in a deadly game of hide-and-seek.

Into Thin Air: Death On Everest

Based on Jon Krakauer's phenomenal #1 best seller, Into Thin Air: Death on Everest is a taut, gripping true-life extreme adventure chronicling the suspenseful struggle for survival on top of the world's highest mountain. Scott Fischer (Peter Horton, Singles) and Rob Hall (Nat Parker, Beverly Hills Ninja) are experienced guides who lead two opposing expedition teams up the treacherous face of Mount Everest. Along for the climb are a disparate group of experienced and no-so-experienced thrill-seekers, including journalist Jon Krakauer (Christopher McDonald, Flubber). Although initially exhilarating, the climb becomes perilous and the two teams must band together. A Reaching the summit is no longer their goal, but simply surviving nature's awesome fury. Combining first-rate action, spectacular special effects and chilling thrills in the tradition of Cliffhanger, Into Thin Air: Death on Everest is "a highly dramatic, harrowing film that manages a rugged balance between heroism and arrogance." -John Carman, San Francisco Chronicle

Reviews for "Altitude With Attitude: Vertic"