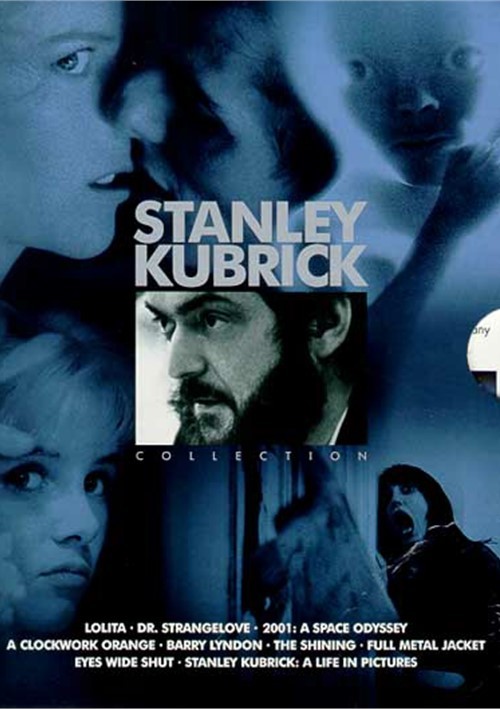 To begin his voyage into the future, Kubrick visits our prehistoric ape-ancestry past, then leaps millenia (via one of the most mind-blowing jump cuts ever conceived) into colonized space, and ultimately whisks astronaut Bowman (Keir Dullea) into uncharted realms of space, perhaps even into immortality. "Open the pod bay doors, HAL." Let the awe and mystery of a journey unlike any other begin.

For this ravishing, slyly satiric winner of 4 Academy AwardsÂ®, Kubrick found inspiration in the works of the era's painters. Costumes and sets were crafted in the era's designs and pioneering lenses were developed to shoot interiors and exteriors in natural light. The result? Barry Lyndon endures as a cutting-edge movie that brings a historical period to vivid screen life like no other film before or since.

Stomping, whomping, stealing, singing, tap-dancing, violating. Derby topped teddy-boy hooligan Alex (Malcolm McDowell) has his own way of having a good time. He has it at the expense of others.

A superb ensemble cast falls in for action in Stanley Kubrick's brilliant saga about the Vietnam War and the dehumanizing process that turns people into trained killers. Joker, Animal Mother, Eightball, Cowboy, and more - are all plunged into a boot-camp hell pitbulled by a leatherlung D.I. Who views the would-be devil dogs as grunts, maggots or something less.

Think of the greatest terror imaginable. Is it a monstrous alien? A lethal epidemic? Or, as in this harrowing masterpiece from Stanley Kubrick, is it fear of murder by someone who should love and protect you - a member of your own family?

Created during a time when the paranoia of the Cold War was at its peak, the film still seems surprisingly relevant today. Convinced the Commies are polluting America's "precious bodily fluids," a crazed General orders a surprise nuclear air strike on the USSR. His aide Captain Mandrake furiously attempts to figure out a recall code to stop the bombing. Meanwhile the U.S. President gets on the hot line to convince the drunken Soviet premier that the impending attack is a silly mistake, while the President's advisor (and ex-Nazi scientist) Dr. Strangelove confirms the existence of the dreaded Doomsday Machine - a new secret Soviet retaliatory device guaranteed to end the human race once and for all!

Stanley Kubrick: A Life In Pictures: