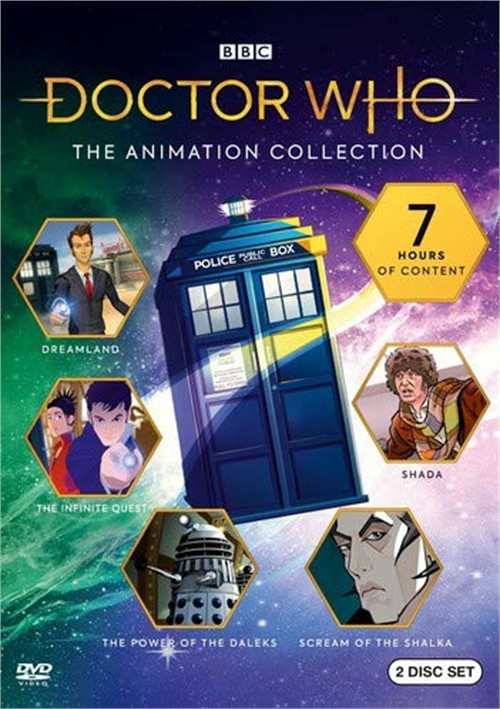 Spectacular color animation and technological wizardry bring you a TARDIS-load of thrills in five brilliant Doctor Who releases. Decades after a strike stopped production of Shada with Fourth Doctor Tom Baker, animation filled the gaps and solved the mystery of the prison planet. By following the original soundtrack of lost episode The Power of the Daleks with Second Doctor Patrick Troughton, master animators recreated the Doctors first regeneration, just in time to fight his oldest enemies. Dreamland and The Infinite Quest with Tenth Doctor David Tennant are your tickets to wild adventures in the American West in search of a legendary lost spaceship. And in the remastered webcast Scream of the Shalka, the Doctor (voice of Richard E. Grant) saves the Earth from alien-led ecological disaster. Get on board!

Reviews for "Dr Who - Animated Collection"