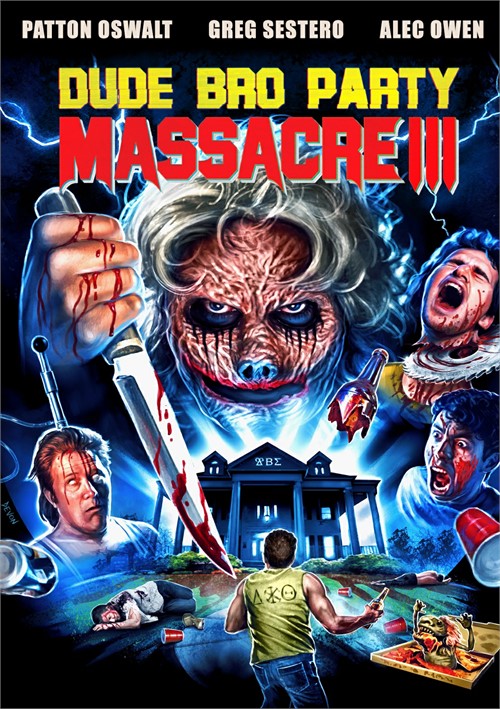 A satirical (and hot dude-packed) twist on the gory and sexually charged 1980's sorority slasher genre, Dude Bro Party Massacre III is presented as the only surviving VHS copy of a "lost film" that was banned upon release - a reviled horror franchise's third, and final, installment. In the wake of two back-to-back mass murders on Chico's Frat Row, loner Brent Chirino (Alec Owen) must infiltrate the ranks of a popular fraternity to investigate his twin brother's murder at the hands of the serial killer known as Motherface. As they are picked off one by one, Brent and his fellow Dude Bros must face the terrifying reality that their deadly foe, believed to have been killed (twice!), has returned from the grave (again!), and is hell-bent on the destruction of the Delta Bi Fraternity. Flipping the bird to all those trashy old slasher flicks that treated women like slabs of meat, this is a proudly stupid comedy made by smart and thoughtful people (who aren't afraid to exploit virile young straight male bodies in the same way).