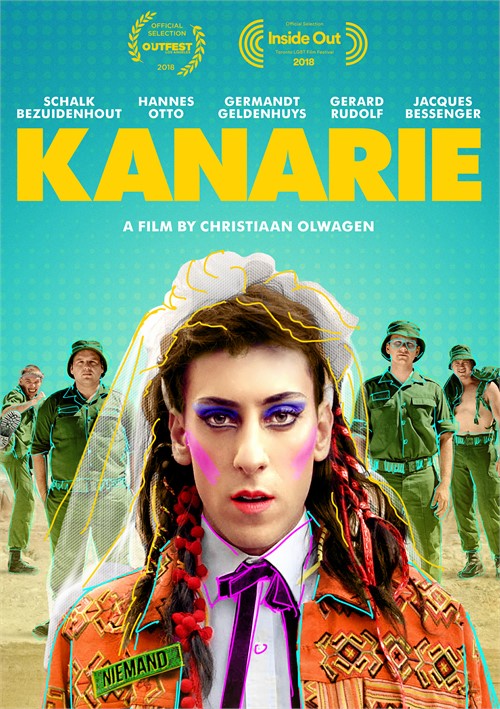 Drafted during Apartheid by the South African Army, Johan Niemand's love for Boy George and Depeche Mode lands him a spot in the SADF Choir called the 'Canaries.' Against a landscape where law and religion oppress individuality, Johan and the Canaries have to survive military training and go on a nationwide tour, entertaining people whilst fortifying belief in the military effort and promoting the cause of both Church and State. Then an unexpected romance on the battlefield f-rces Johan to reckon with his long-repressed sexual identity. Examining the effects of nationalism on the soul, while also exploring the tender brotherhood among misfits, this musical comedy revels in the discovery of finding your voice and learning to fly.