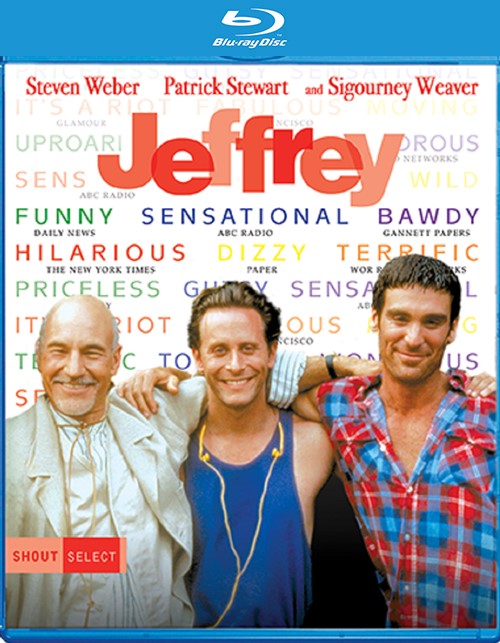 Meet Jeffrey (Steven Weber), a struggling actor in the New York scene who has just made the biggest decision of his life: he's swearing off sex... forever! No sooner has he made this startling vow than he meets the dreamy and sensitive Steve (Michael T. Weiss). With the help of his friends Sterling (Patrick Stewart) and Darius (Bryan Batt), Jeffrey decides to give love a second shot. But some unexpected news puts Jeffrey in a bind, f-rcing him to decide if he should take a risk on what could be the love of his life.

From acclaimed director Christopher Ashley and writer Paul Rudnick, this hilarious and touching film redefined the romantic comedy for the LGBTQ+ community living in the age of AIDS in the '90s. Jeffrey also features cameos from several notable stars of the stage and screen including Nathan Lane, Olympia Dukakis, Christine Baranski, Victor Garber, Camryn Manheim, Kathy Najimy and Sigourney Weaver.