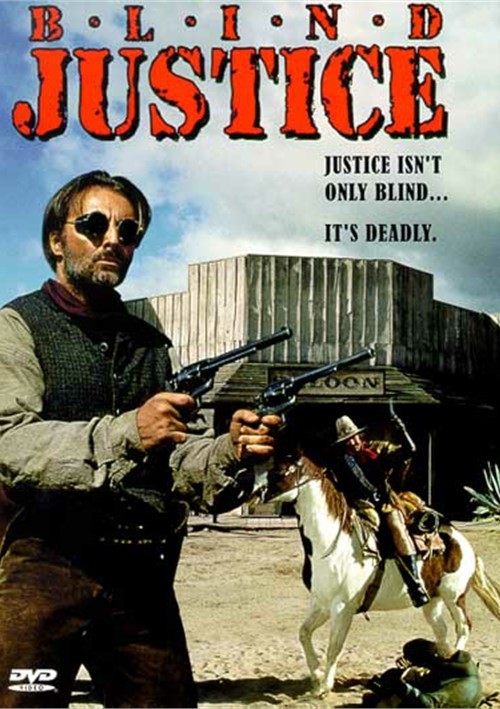 Justice Isn't Only Blind... It's Deadly.

Canaan (Armand Assante) is a roving gunfighter, blinded during the Civil War. Traveling across the country, he is held-up by a gang of Mexican bandits and their ruthless leader, Alacran (Robert Davi), in a bloody shoot-out. The injured Canaan finds shelter in a small western town and is soon restored to health by the gentle nursing of Caroline (Elisabeth Shue). There he discovers the town is being held hostage by Alacran who is greedy for a stash of government silver defended by only a handful of local U.S. Cavalrymen. Canaan has no loyalty to the government, but he does to its silver. In exchange for ten percent, he rides through Alacran's blockade in search of reinf-rcements, only to find the Cavalry butchered by the brutal gang. Now it's down to Canaan to save the town... and his silver. Faced with impossible odds, what's a blind gunfighter to do? He picks up his guns and starts shooting. In an explosive fight to the finish, Alacran's gang are about to fall victim to the hot lead that files from the smoking gun of Blind Justice.