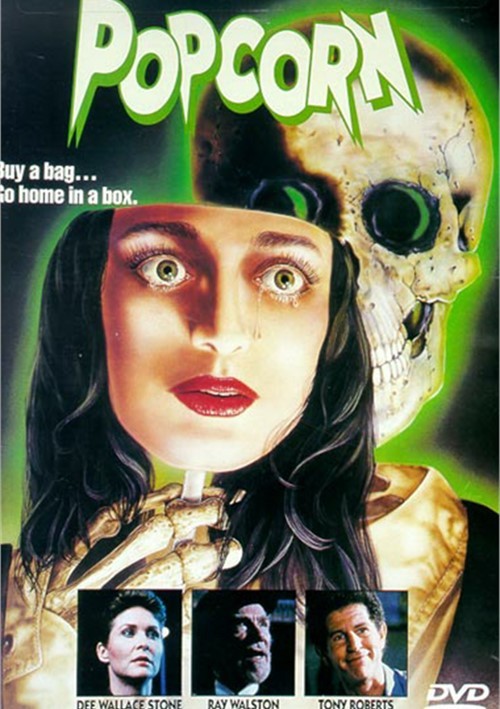 Maggie (Jill Schoelen) is a film student who's been dutifully recording her nightmares - hairy hippie with dagger, trussed maiden on altar, terrified child fleeing through flames - only to see them unfold on screen when a 60's cult film, The Possessor, is discovered by fellow students preparing a

fundraising "horrorthon" at an abandoned art deco theater called Dreamland. It seems that The Possessor's director was a madman who killed his wife on stage and then burned down the theater after locking the audience inside?

Maybe he died in the fire... maybe he didn't. And just maybe...he's back. That's the central mystery, one that becomes crucial as Maggie's fellow film students start fading to black before their time.